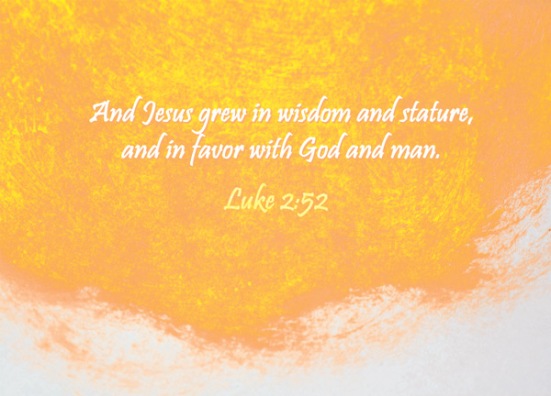 And Jesus grew in wisdom and stature, and in favor with God and man.

If I asked you, favour with God or favour with man, which is better? Surely any good Christian would give the textbook answer – favour with God is better, for our life in this world is but just temporary, an 80 or a 100 years at best, but our time with God in his kingdom is an eternity. Doing things right with God is certainly more importantly, but we were taught to also, to the best of our abilities, do things that sit right with man as well. As a child in the temple, Jesus’s standing with God and with men grew at the same time. It comes naturally – when you do things that are right by God, naturally you’ll be pleasing to man as well. That is, of course, until push comes to shove. In this study we will examine why it is important to be in favour with both God and man.

And Jesus grew in wisdom and stature – We are not told much regarding the formative years of Jesus through the Bible. In fact, this little anecdote of Jesus’ childhood in Luke 2 is about as much as we will ever know about Jesus during those years. Yet while it is brief, it is perhaps sufficient for us – this line alone told us that Jesus grew. There was constant growth. He wasn’t born with all the wisdom that he had later on – well maybe the aptitude was there, but he certainly had to learn and grow in knowledge as well. We all grow in stature as well, certainly – or at least, physically.

in favor with God and man – Jesus was favored by men – as he grew in stature, he gained the favour of men as well. It is one thing to grow in stature – where your presence and influence becomes great, but it is another thing to be favored by the people. In Jesus, there was both. Having the favour of God is perhaps just about the highest praise any Biblical character can be given. Oh, there have been numerous characters in the Bible who have found favour with the Lord, but even more who had done evil in the Lord’s eyes. There is something amazing in having their names recorded down in the Bible as a legacy for milleniums as having found favour in the Lord. We don’t have that honour today – your leaders, parents and pastors may praise you and affirm you, but praise from God is in another league altogether. We can only turn back to the Bible. Do what’s right by the Bible. Know the Bible well enough to discern. God’s standards do not change. As long as you continually do what’s right by the Bible, God’s favour will stay with you. Men, however, is a different matter. Their standards constantly change.

Jesus found favour in the people as a child. Even so, did this favour last? We know his charisma and the pull that he had towards others certainly never diminished – people followed him by the thousands to listen to him preach. However, there were also people who had rejected him – his own townsmen, for example; the Pharisees, for example – they certainly held him in very unfavorable regards. What changed? What was the difference?